NEW YORK, May 6, 2021 /PRNewswire/ — Buzzer, a new mobile platform for live sports personalized for fans, announced today a new agreement to distribute NBA League Pass, the NBA’s premium live out-of-market game subscription service. The partnership will allow younger generations of fans to seamlessly discover and access live out-of-market NBA games where and how they want. As part of the agreement, beginning on May 8 fans will be able to buy multiple NBA League Pass offerings through Buzzer, building upon the platform’s goal of providing purchasing and viewing options to NBA fans in the U.S.

«The NBA is an industry leader in innovation and fan experience, and Buzzer offers a new way for the league to reach fans, particularly younger Gen Z and Millennial fans,» says Bo Han, founder and CEO of Buzzer. «Through Buzzer’s hyper-personalization, notifications, and micropayments, mobile-first basketball fans will have the opportunity to watch all the amazing moments that happen night after night, driving greater viewership, engagement, and value for the NBA. Buzzer will be able to meet the needs of the next generation of sports fans with a seamless experience catered to them. We’ve always looked at Buzzer as a place to build community and our partnership with the NBA accelerates this mission and reinforces our commitment to the democratization of access to live sports and supporting fan engagement across the broader and ever-evolving live sports ecosystem.»

Buzzer’s distribution of NBA League Pass is the latest league partnership for the platform. Last month, Buzzer announced new short-form live agreements with the PGA TOUR and NHL. Additional partnerships will be announced in the coming months as Buzzer continues to expand as a multi-sport, aggregated platform.

Buzzer simplifies the discovery and viewing experience on mobile in a short-form live format. The platform offers a frictionless user and viewing experience by aggregating and organizing live sports streaming rights into one cohesive and accessible mobile platform, and allowing its users to set up customized alerts based on their preferences. Buzzer is personalized for fans.

Buzzer is currently in Early Access and available for download on iOS in the App Store and Android in the Google Play Store. Users can now download the app and build profiles by selecting their preferences for their favorite players, teams and leagues. Users will then be added to a waitlist and new users are being let in the app daily. The platform will officially launch later this year.

About Buzzer
Buzzer is a new notification-driven mobile platform for short-form live sports personalized for fans. Bo Han founded Buzzer in 2020 after leading Live Sports Rights Acquisition at Twitter for over seven years. In 2021, Buzzer was recognized on Fast Company’s list of Most Innovative Companies and SportsPro’s list of emerging sports tech startups to invest in now. The platform will officially launch later this year.

Headquartered in New York, Buzzer believes in hiring the best talent and is committed to fairness and inclusion. Buzzer administers a mentorship program focused on cultivating a community of industry leaders across sport, technology, and media paired with mentees from Historically Black Colleges and Universities (HBCUs) as part of its broader Strive Initiative. 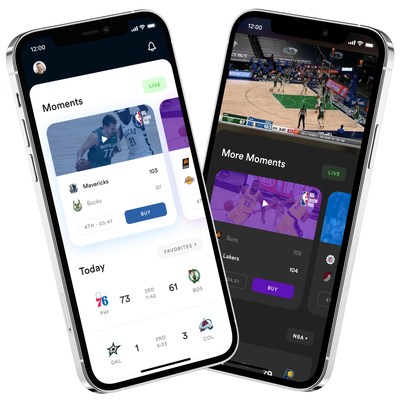