LOS ANGELES, May 14, 2021 /PRNewswire/ — The wait is over for fans eagerly anticipating the summer release of Warner Bros. Pictures’ "Space Jam: A New Legacy" and who the film’s star, LeBron James, and his Tune Squad team will face. Moose Toys, in collaboration with Warner Bros. Consumer Products, released the full line of toys, including the all-new Goon Squad toys. The toys are now available in stores and online nationwide, alongside LeBron James and the Tune Squad toys.

In the film, the Goon Squad, enhanced with special abilities, is ready for action. Their line-up includes super-enhanced animated versions of real-life basketball all-stars playing to win within the Warner 3000 entertainment digital "serververse." Coached by a rogue A.I. called Al G Rhythm, the Goon Squad represents the best of the baddest:

"Launching the toy line ahead of the movie’s release fuels the enthusiasm for ‘Space Jam: A New Legacy.’ This gives fans a chance to create their own Tune Squad versus Goon Squad action play and lets them get familiar with this cast of characters," said Joe Smith, senior director of global marketing, licensed brands, Moose Toys. "The Goon Squad toys bring their onscreen counterparts to life in vivid detail. The action figures show off their intimidating appearance and each one’s special ability in ‘wicked’ detail. But can Goons defeat Tunes? Fans will have to wait for the movie to watch this epic match up play out, but until then they can use their imaginations to create their own epic games and endings."

Letting fans in on some of the action they can create with the action figures and playsets is a "toy trailer" that will leave them wondering, "Who flies higher?" LeBron soaring through the air for his signature dunk shot? Or will The Brow swoop in and fly away to deliver a shot spoiling blow?

For more information on the new "Space Jam: A New Legacy" toy collection and more from the Superhappy world of Moose Toys, visit moosetoys.com.

About Moose Toys
Moose Toys exists to make children Superhappy. It’s at the heart of everything we do. The team has innovation in its DNA and is famous for the design, development and manufacture of award-winning toys that continue to disrupt the market! Moose Toys leads in categories including collectibles, craft, dolls, games and youth electronics and is consistently recognized as the most creative company in the industry.

We are a family-run business, but that doesn’t mean we are small-time. We shook up the toy industry in 2014 with the global phenomenon Shopkins, and through these pint-sized characters, we reinvigorated the way children play. Not satisfied to stop at toys, we have also stretched ourselves into creating content, entertainment and making worldwide licensing deals. Moose calls Australia home, but our 500-strong team is scattered globally, spreading the Superhappy.

About "Space Jam: A New Legacy"
Welcome to the Jam!  Basketball champion and global icon LeBron James goes on an epic adventure alongside timeless Tune Bugs Bunny with the animated/live-action event "Space Jam: A New Legacy" from director Malcolm D. Lee and innovative filmmaking team that includes Ryan Coogler and Maverick Carter.  This transformational journey is a manic mashup of two worlds that reveals just how far some parents will go to connect with their kids. When LeBron and his young son Dom are trapped in a digital space by a rogue A.I., LeBron must get them home safe by leading Bugs, Lola Bunny and the whole gang of notoriously undisciplined Looney Tunes to victory over the A.I.’s digitized champions on the court: a powered-up roster of professional basketball stars as you’ve never seen them before.  It’s Tunes versus Goons in the highest-stakes challenge of his life, that will redefine LeBron’s bond with his son and shine a light on the power of being yourself. The ready-for-action Tunes destroy convention, supercharge their unique talents and surprise even "King" James by playing the game their own way.

Warner Bros. Pictures Presents a Proximity/The SpringHill Company Production, a Malcolm D. Lee Film, "Space Jam: A New Legacy."  The film will be distributed worldwide by Warner Bros. Pictures.  It will be released in theaters nationwide on July 16, 2021 and will be available in the U.S. on HBO Max for 31 days from theatrical release.

About Warner Bros. Consumer Products
Warner Bros. Consumer Products, part of Warner Bros. Global Brands and Experiences, extends the Studio’s powerful portfolio of entertainment brands and franchises into the lives of fans around the world.  WBCP partners with best-in-class licensees globally on an award-winning range of toys, fashion, home décor, and publishing inspired by franchises and properties such as DC, Wizarding World, Looney Tunes, Hanna-Barbera, HBO, Cartoon Network and Adult Swim. The division’s successful global themed entertainment business includes groundbreaking experiences such as The Wizarding World of Harry Potter and Warner Bros. World Abu Dhabi. With innovative global licensing and merchandising programs, retail initiatives, promotional partnerships and themed experiences, WBCP is one of the leading licensing and retail merchandising organizations in the world. 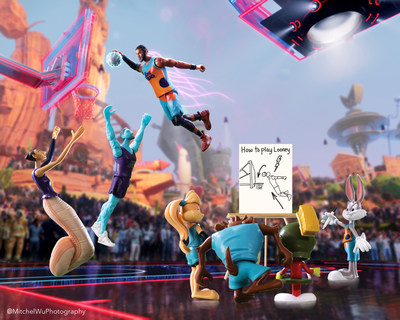 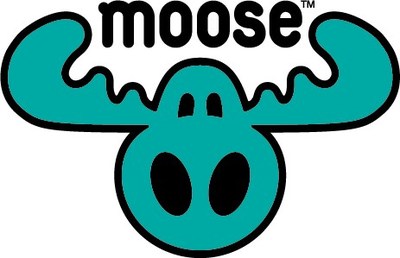