LONDON, July 1, 2021 /PRNewswire/ — One of the country’s premier scientists, Professor Sir Mark Caulfield, will be leaving his role as Chief Scientist at Genomics England at the end of July to take up the position of Chief Executive at Barts Life Sciences. 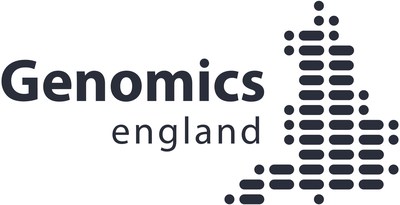 Professor Caulfield joined Genomics England in 2013, charged with the task of leading the scientific oversight and delivery of the world-leading 100,000 Genomes Project. He was integral to the Project’s unprecedented success and was consequently awarded a knighthood in 2019.

The Project was based on the goal of sequencing 100,000 genomes of NHS patients affected by a rare disease and their families, as well as patients with cancer. Combining the resulting data with medical records has created a ground-breaking research resource – the largest of its kind in the world – that is helping further the use of genomics in healthcare along with developing new diagnoses and treatments of diseases.

The Project achieved another key strategic goal of kick-starting the country’s genomics industry to the extent that the sector is now recognised as a world leader.

More recently Sir Mark has worked with NHS England in the creation of the National Genomic Test Directory and the NHS Genomic Medicine Service, which offers equitable access for 56 million people to appropriate genomic tests, as well as co-authoring two important papers on COVID-19.

«Mark leaves an extraordinary legacy of scientific achievement here for his successor and the wider team to build upon,» said Chris Wigley, CEO of Genomics England. «We’d like to place on record our thanks to him for all his work with Genomics England, in particular his scientific leadership of the 100,000 Genome Project.»

«The UK continues to lead the world in genomic medicine, which is in part attributable to Mark’s significant contribution. We’re very much looking forward to seeing how he gets on at Barts and wish him well moving forward. His outstanding legacy will endure, as the next generation of scientific leadership at Genomics England picks up the baton.»

Professor Caulfield’s new role at Barts Life Sciences, a research and innovation partnership between Queen Mary University of London and Barts Health NHS Trust, will have a focus on digital health, genomics and clinical innovation to transform the delivery of healthcare. He will head the development of a world-leading life sciences campus at Whitechapel in partnership with key stakeholders and a community of 2.5 million people.

«It’s been a privilege to have led the 100,000 Genomes Project and to have played a major role in creating the NHS Genomic Medicine Service,» said Professor Caulfield. «I would like to thank all at Genomics England for their support and dedication over the past eight years and encourage them to pursue further transformation of genomics in healthcare.»

«Looking forward, I’m excited to take up this important role so we can mobilise a new major Life Sciences centre at Queen Mary and Barts Health as a key part of the UK Life Sciences strategy.»

«We would like to thank Professor Sir Mark Caulfield for his long and distinctive service at Genomics England and wish him all the best in his new role,» said Baroness Nicola Blackwood, Chair of Genomics England. «We hope that Barts Life Sciences, like Genomics England, can play a leading role in the UK’s ‘science superpower’ aspirations.»

Genomics England works with the NHS to bring forward the use of genomic healthcare and research in Britain to help people live longer, healthier lives. Genomics is a ground-breaking area of medicine that uses our unique genetic code to help diagnose, treat and prevent illnesses. It is already being used in the fight against COVID-19.

Established in 2013, Genomics England launched the world-leading 100,000 Genomes Project with the NHS,  demonstrating how genomic insights can help doctors across the NHS, and building a foundation for the future by assembling a unique dataset. The project was achieved thanks to patients and participants helping to shape it and guiding decisions on data and privacy.

Genomics England is now expanding its impact. Our next chapter involves working with patients, doctors and scientists to improve genomic testing in the NHS and help researchers access the health data and technology they need to make new medical discoveries and create more effective, targeted medicines for everybody. 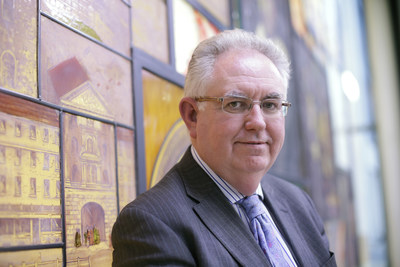