CHICAGO, May 18, 2021 /PRNewswire/ — The dust has finally settled over the longest Hoop Shoot season in Elks history. The 2020 National Finals of the Elks Hoop Shoot free throw program officially concluded on May 14, 2021. In April, 72 of the nation’s best free-throw shooters vied for national titles in boys and girls divisions in three age-groups. Throughout the month, the finalists stepped up to free throw lines in gyms all over the country to shoot their 25 shots, along with an extra set of 25 for tiebreaking purposes. 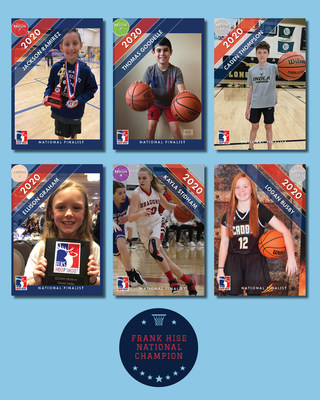 After a record 10 perfect scores and four tie-breaking shoot-offs for first, six champions were crowned:

All six champions will have their names and images displayed in the Naismith Memorial Basketball Hall of Fame in Springfield, Mass., and will visit the Hall as guests of the Elks when it’s safe to do so. More than 235,000 8- to 13-year-olds started down the road to the finals in the fall of 2019. Slated to take place April 18, 2020, the national finals were canceled in the wake of the coronavirus pandemic. More than a year later, youth across the country completed the tournament virtually, shooting in regional pods. The Elks revealed the contest results in a virtual show on YouTube on May 14. The keynote speaker at the virtual Awards Banquet on May 15 was former Chicago Bear Israel Idonije.

The Elks organization is headquartered in Chicago, which will host the Hoop Shoot National Finals again next year. The 2022 National Finals will mark the 50th anniversary of the national program. The Elks will host a gold medal finals for the Hoop Shoot’s golden anniversary at the brand-new, state-of-the-art Wintrust Arena, home of the WNBA’s Chicago Sky and the DePaul University Blue Demons.

The complete results from this year’s Hoop Shoot are available at elks.org/hoopshoot. You can watch the virtual conclusion on the ENF’s YouTube channel by visiting enf.elks.org/2020FinalsReveal. The 2022 tournament tips off in the fall in local communities everywhere.