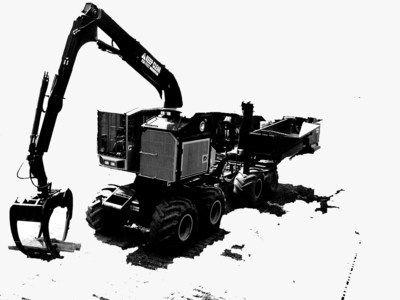 On February 18, 2021, just prior to trial proceedings, the parties informed the U.S. District Court for the Western District of Texas that they agreed to settle the case. Although the details of the settlement agreement are largely confidential, CCI and JMH have agreed to modify the Accused Skid Hustler Machines and any new skid-picking machines such that the conveyor assembly does not change angle. CCI and JMH have also agreed to remove all lifting mechanisms capable of raising and lowering the conveyor assembly through the expiration of the Pisony Patent.

During the case, CCI and JMH stipulated that use, lease, and manufacture of their Accused Skid Hustler Machines infringed Pisony’s Patent.

The agreement settles a lawsuit Pisony filed in March 2017 against CCI (and later JMH) for patent infringement. CCI has manufactured and leased skid-picking Skid Hustler machines that are similar to Pisony’s All-Terrain SkidPro machines. One of the primary advantages of the Pisony Patent is the ability to adjust the angle of the conveyor assembly on Pisony’s All-Terrain SkidPro machines relative to the rear components of the machine during operation, greatly enhancing performance, safety, and successful skid-picking in all terrains and conditions.

Pisony and SkidPro Works service the vast majority of pipeline jobs throughout the United States that use automated skid-picking and Pisony’s invention has garnered significant support in the industry. With over 20 years of experience and development in patented state-of-the-art technology, the All-Terrain SkidPro can pick skids wherever the pipeline leads – https://www.skidproworks.com/video-gallery.