SHENZHEN, China, July 2, 2021 /PRNewswire/ — On April 30th, SonoScape received the CE-marking, the product’s «Passport to Europe«, for its linear-array echoendoscope EG-UC5T. This further expands SonoScape’s endoscopic ultrasound (EUS) portfolio in the international market. Reaping the benefits of decades of ultrasound technology know-how, SonoScape’s EUS product line officially debuted in September 2019, when its 360° radial-array echoendoscope EG-UR5 obtained the CE Marking, leaping to the 4th company in the world to master the core technology of EUS. 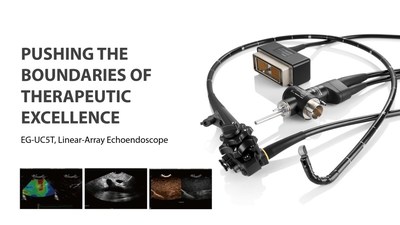 EG-UC5T is characterised by its large, 4.0-mm instrument channel and its short rigid distal end, pushing the boundaries of therapeutic excellence. With the arrival of the linear-array echoendoscope EG-UC5T, SonoScape users are not only able to perform the adequate tissue sampling, but also various therapeutic interventional endoscopic procedures under the sonographic guidance. This is a true «best of the two worlds», a golden key to reveal what’s behind the GI tract mucosa and to unlock the growing possibilities of advanced endoscopy.

«SonoScape’s EUS portfolio will certainly extend the company’s path into more and larger hospitals. This again underpins the company’s leading role in the global digestive endoscopy market.» said Steven He, Sales Director of Endoscopy Division at SonoScape: «We have achieved great results with our current gastrointestinal endoscopes, and I am confident that the new linear-array echoendoscopes will set us to a higher success.»

The last 25 years have witnessed a major expansion of EUS to various applications, both diagnostic and therapeutic, as noted in Friedberg SR, Lachter J, World Journal of Gastrointestinal Endoscopy (2017).  Focused on delivering high quality products, SonoScape continues to bring significant value to the world of endoscopy.

Founded in 2002 in Shenzhen, China, SonoScape has committed itself to «Caring for life through innovation» by providing ultrasound and endoscopy solutions and delivering first-rate services. It now has seven R&D centers in Shenzhen, Shanghai, Harbin, Wuhan, Tokyo, Silicon Valley and Seattle. SonoScape invests nearly 20% of its revenues into R&D in recent 3 years, with more advanced products to be introduced into the pipeline.