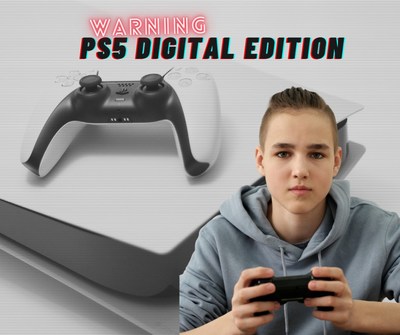 In the suit, Cendejas v. Sony Interactive Entertainment LLC, filed in the United States District Court for the Northern District of California, the plaintiff, Adrian Cendejas, represents a proposed class of more than a million individuals across the U.S. who were allegedly overcharged billions of dollars on their purchases of digital copies of video games through the PlayStation Store. The complaint brings claims under Section 2 of the Sherman Act, which prohibits illegal monopolization.

Sony released its latest edition of the PlayStation—the PlayStation 5, or PS5 as it is commonly called—in 2020, and it quickly became the fastest selling gaming console in U.S. history. Sony sells two versions of the PS5, including a digital-only version called the PS5 Digital Edition. As the name suggests, the PS5 Digital Edition lacks an optical disc drive; the only way to play video games on the console is to purchase digital copies of video games.

Sony makes digital copies available on its console through the PlayStation Store, a virtual marketplace owned and operated by Sony that comes pre-loaded onto the PS5 Digital Edition. Historically, consumers could also purchase digital download codes from retailers and game developers that could be entered into the PlayStation to play video games.

Sony’s conduct also allegedly caused consumers to pay higher prices for video games. An analysis of three popular video games available for the PlayStation 5, included in the complaint, found that digital copies of the games available on the PlayStation Store were significantly more expensive than their physical counterparts sold by retailers, even though digital copies of video games are expected to be less expensive than physical copies since there is virtually no cost to produce an additional digital copy.

Even with these supracompetitive prices, the complaint alleges that consumers lack the realistic ability to switch consoles. Consoles range from $300 to $600 at retail, a cost most consumers would not incur despite the higher price for digital video games. Console owners also generally have large sunk costs in their video game libraries. While PlayStation 4 games can be played on the PlayStation 5, they cannot be played on other consoles, like Microsoft’s Xbox or Nintendo’s Switch.

«Sony is the latest company to insulate its marketplace from price competition through anticompetitive means, tying the PlayStation Store to the PS5 Digital Edition and destroying retailers’ ability to compete for sales of digital copies of video games,» says plaintiff’s counsel, Joseph Saveri. «As media goes digital, we’d expect to see prices go down since the costs associated with physical media, including manufacturing, packaging, transporting, and storing, are eliminated. Instead, we see several technology companies, Sony being the latest, monopolizing digital media so that they can reap the rewards of an entrapped audience. This conduct is anticompetitive, and consumers are being harmed.»

Cendejas seeks to represent every consumer in the U.S. who bought a digital game from the PlayStation Store using a PlayStation 5 Digital Edition from November 12, 2020 to the present.

ABOUT THE FIRM
The Joseph Saveri Law Firm is one of the country’s most acclaimed, successful boutique firms, specializing in antitrust, class actions, and complex litigation on behalf of national and international consumers, purchasers, and employees across diverse industries. For further information on our practice and accomplishments on behalf of our clients, please visit www.saverilawfirm.com.