ORAN, Algeria and VALENCIA, Spain, April 16, 2021 /PRNewswire/ — Spanish architecture studio Lecoc has won an IF Design Award, one of the most distinguished in the world of design, in the Architecture category. 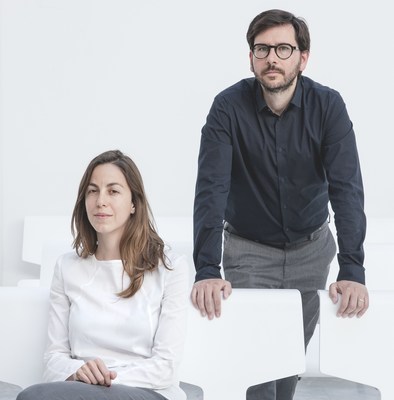 The prize recognizes the design of the Oncopole L’Espoir, Oran’s cancer hospital and one of the largest oncology clinics in the Arab world.

Design icons such as Samsung, Lenovo, Apple or Google have also received awards in this this The building has been granted the IF Design honour among 10,000 other proposals submitted by designers from 52 countries.

The construction, inspired by the traditional architectural wisdom of Algeria and Oran, reinterprets in a contemporary manner essential elements of classic Mediterranean architecture, such as the «musharabia», and combines the latest medical technology with a space that has already become emblematic for the Algerian society.

«We are very pleased that our work has been recognized internationally. Hospital architectur projects require a lot of specialization, and this award strengthens us as a key firm in the future of the industry,» said Alicia Medrano, co-founder and partner of Lecoc.

The hospital is located in the centre of Oran, and its concept highlights the lighting, the wide spaces and the fusion between modernity and the architecture of North Africa.

In the Oncopole, there is also a Centre for Research and Training in Oncology, with a focus on nuclear medicine.

The companies supplying the medical technology, the most advanced in the sector, were General Electric, IBA, and Elekta.

Since its creation, the project has enabled many cancer patients from North Africa to be treated without having to travel to Europe.

The Oncopole l’Espoir is the only construction in Africa and the Middle East to have won an award at this year’s IF Design Awards.

The jury, composed of 98 experts in the sphere of design worldwide, acknowledged the architects’ idea and its execution and the impact of the new facility is having on the country.

Founded in 2017, Lecoc was created by Alicia Medrano and Fernando Pedrosa, architects both by the Polytechnic University of Valencia. It is made of a multidisciplinary team of over 15 professionals.

As an international firm, it has developed projects in Spain, Africa and Europe.

With a clear view on the importance of integrating buildings within the environment and a steady commitment to bioclimatic, Earth-friendly design and innovation, Lecoc specializes mainly in developing hospitals, clinics and healthcare spaces.

Another of its projects, the Cózar Clinic in Valencia, was also a finalist in this edition of the awards.

Lecoc is currently developing a second hospital in Oran and has been awarded yet another medical space in Algiers, with a budget of more than 80 million dollars.

The IF Design Award is presented by the Hanover-based IF International Forum Design GmbH, the world’s oldest independent design organization.

Now 67 years old, the IF logo badge is internationally recognized, and the award is one of the most prestigious in the design world.