CHARLOTTESVILLE, Va., Nov. 24, 2021 /PRNewswire/ — The Center for Open Science (COS) has been selected as the inaugural institutional recipient of the Einstein Foundation Award for Promoting Quality in Research. 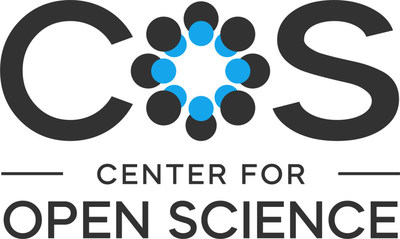 The award «aims to provide recognition and publicity for outstanding efforts that enhance the rigor, reliability, robustness, and transparency of research in the natural sciences, the social sciences, and the humanities, and stimulate awareness and activities fostering research quality among scientists, institutions, funders, and politicians.»

COS is a nonprofit culture change organization founded in 2013 with the mission to increase openness, integrity, and reproducibility of research. COS takes a systems approach to supporting research culture change. COS builds and maintains a free, open source infrastructure for all disciplines of research, called the Open Science Framework (OSF), that enables the adoption of open practices across the research lifecycle. OSF flexibly integrates with other tools and services to make it efficient for researchers to plan, conduct, report on, and discover research within their current workflows. COS collaborates with grassroots organizations that support training and changing communities’ norms toward openness and integrity and provides solutions that empower communities to customize and promote open practices from within. COS works with funders, publishers, societies, and universities to shift incentives and policies to foster culture change toward rigor and transparency. Finally, COS investigates the state of research practices and evaluates the effectiveness of culture change initiatives. These interdependent activities incorporate a theory of change to create sustainable improvements to science as a social system.

The Einstein Foundation’s jury offered its official statement about the institutional award winner: «The Center for Open Science (COS) catalyzes global research culture change via a unique integrated behavior change model. By offering the Open Science Framework (OSF), collaborating with grassroots communities to grow engagement, advocating with stakeholders to adopt new policies and incentives, and evaluating effectiveness, COS helps to make open science the default. The Transparency and Openness Promotion (TOP) Guidelines, launched by COS in 2015, and supported by over 5,000 signatories, along with all of the major publishers, have initiated an overdue transformation in the publishing culture.»

«We are grateful to the Einstein Foundation for this generous acknowledgment of COS’s efforts to date and also for the foundation’s work to foster research quality,» remarked COS Executive Director Brian Nosek. «As an institutional award, it rightly acknowledges our impact is a function of our collective efforts as a team and dependent on the collaborations with our many partners in the research community. We embrace this recognition as a call to commit to continuing improvement and impact in the years to come.»

The award ceremony was held today in Berlin with contributions from Melinda French Gates, Co-Chair and Trustee, Bill & Melinda Gates Foundation, Magdalena Skipper, Editor-in-Chief of Nature, and Einstein Foundation Berlin Chair, Professor Martin Rennert. «We are delighted to award the inaugural Einstein Foundation Award to Paul Ginsparg and the Center for Open Science. They have made a substantial contribution over the years to fostering research integrity and to improving transparency and accessibility,» explains Rennert. «The awardees perfectly embody the objective of the award: to boost confidence in science by effectively promoting systematic research quality.»

The timing of this award coincides with another major milestone for COS, which is publication of the findings from a large-scale systematic investigation to replicate experiments from high-impact preclinical cancer biology papers, referred to as the Reproducibility Project: Cancer Biology (RP:CB). The project was modeled off of the Reproducibility Project: Psychology, published in 2015, that investigated replicability in psychology and helped to accelerate the science reform movement in that discipline. The findings from RP:CB will be published by eLife in early December and should serve as another catalyst to make the practice of science more transparent and efficient. «We are taking inspiration from the Einstein award to build on our progress in accelerating the impact that open scholarly practices can have in reducing unnecessary obstacles found throughout the research process that otherwise hinder the goal of advancing knowledge, solutions, and treatments,» stated Tim Errington, Director of Research for COS.

About COS
Founded in 2013, COS is a nonprofit technology and culture change organization with a mission to increase openness, integrity, and reproducibility of scientific research. COS pursues this mission by building communities around open science practices, supporting metascience research, and developing and maintaining free, open source software tools, including the Open Science Framework (OSF). Learn more at cos.io.

About the Einstein Foundation
The Einstein Foundation Berlin is an independent and science-driven nonprofit institution, which has been established as a foundation under German civil law. The foundation aims to promote science and research of top international caliber in Berlin and to establish the city as a center of scientific excellence. So far, it has funded over 172 researchers, including three Nobel Prize winners, 71 projects, and seven Einstein Centers. The Einstein Foundation Berlin was named German Research Foundation of the Year 2021 on the basis of its significant contribution to promoting the city as a leading international research hub. Visit einsteinfoundation.de/en for more information.