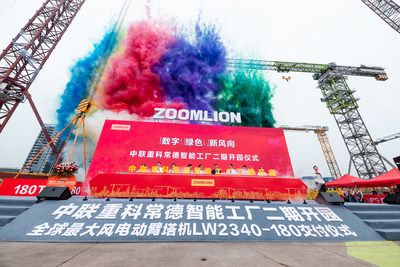 Hence, its smart factory, which covers a total area of 49.33 hectares, is producing the largest wind tower cranes in the world. With fixed-asset investment of 1.8 billion yuan, it is expected to generate output value of 20 billion yuan annually.

Alongside the factory’s operation, Zoomlion formed a production pattern characterized by one smart plant, two «lighthouse» workshops or the world’s most advanced workshops in other words, three smart stereoscopic warehouses and four unmanned production lines, marking a step further on its road to comprehensively intelligent manufacturing.

Currently, the company is capable of producing tower cranes of full series with their sizes ranging from 63 ton·meter to 20,000 ton·meter. For every 18 minutes, a tower crane comes off its assemble line, marking a speed that ranks high among those of its domestic and global peers.

Year to date, Zoomlion has manufactured over 150,000 tower cranes to enable construction projects worldwide and boasts for a long time the highest market share in the world. 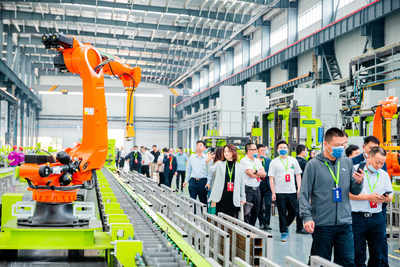 By building smart manufacturing bases elsewhere in east China, Zoomlion is accelerating its smart, digital and green transformation to become one of the world’s strongest tower crane producers.